IF YOU HAVE BEEN ACCUSED OF:

Being investigated or charged with a felony by a federal agency is a frightening and often confusing situation. Following the September 11 attacks, the Federal Government has a number of powerful investigative tools and a myriad of resources that can be used to create a case against you, such as interception of calls, videotapes, espionage, etc.

The Federal Government often organizes federal, state and local law enforcement officials to form a powerful prosecution team. In short, federal prosecutors have powerful tools to bring charges against you and will not hesitate to do so.

Write the details of your legal issue on the form at the bottom right and our best defense experts will review your case.

Federal crimes that cross state lines, involve federal agencies such as the post office, banks insured by the federal government, the SEC and HUD, or involve the Internet. The most common cases prosecuted at the federal level include drug trafficking, bank robbery and internet pornography.

There are several factors that make federal criminal defense so daunting:

– A federal sentence is severe and there is no probation.

– The Federal Criminal Code does not lend itself to the negotiation of the sentence.

If you find yourself facing potential federal crime charges, be careful! Federal agents have probably already gathered enough evidence against you. It may take months or even years to prepare a case. When you are being charged, they already carry an advantage over you. This makes it extremely important that you start your defense immediately through a federal criminal defense attorney in Los Angeles, CA. 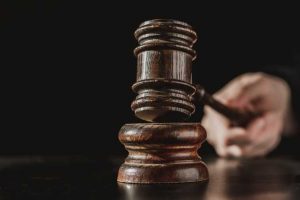 First, you need a criminal defense lawyer with extensive experience in the criminal and federal defense system.

Secondly, you need a team of defense attorneys and not just one. Your Los Angeles federal criminal defense attorneys must be skillful, quick and receptive. Federal agents almost always have an advantage against you in the case preparation stage, so your team needs to catch up quickly to level the playing field.

The best defense depends on clever strategy. Your defense team must develop solid strategies to counter the power of federal agents. Federal agents have access to sophisticated investigative tools such as interception of calls, videotapes, espionage and informants to get evidence to build their case. With the right strategy and aggressive approach, a competent Los Angeles federal criminal defense attorney can neutralize any negative evidence the government presents.

Federal cases often involve political or other considerations that can be used in your favor to resolve the matter without a trial. However, if your case goes to trial, it is critical to have expert trial lawyers, such as LibertyBell Law Group, who are ready to aggressively defend you. Due to severe sentencing mandates in a federal district court, losing is not an option. You only have one opportunity to choose the right lawyer to defend you.

The specific strategies that can be used depends on the details of your case. The Federal District Court System handles drug offenses, sexual offenses, white collar crimes and violent crimes.

LibertyBell’s law firm was specifically organized to defend people facing difficult or complicated federal charges. We have the knowledge and experience to go face to face against the United States federal prosecutor and win. With help from the best legal talent in all federal jurisdictions, we are able to assemble defense teams as expert as the government team.

Our federal sex crimes attorneys are recognized as the best in the industry and have generated an impressive record of excellent results. Our extensive network of lawyers collaborates and shares information in a “brain trust” of federal defense strategies. Our federal lawyers use competent investigators, experts, and specialists and have the resources to get the best outcome for your case. You may also check sex crime lawyer and criminal defense attorneys in los angeles.

LEARN MORE ABOUT OUR LEGAL TEAM

Internet crime is a broad term that encompasses hacking, electronic theft, internet-terrorism, or any instance in which a criminal gains unauthorized access to a computer system for the purposes of stealing, corrupting, or altering data. As computers are often located across state borders, internet crime is prosecuted at the federal level.

Money laundering refers to the transfer or investment of illegally obtained funds in an attempt to mask the source of those funds and make them appear legitimate. Funds which were obtained through drug or weapons trafficking, human trafficking, wire fraud, theft, or other criminal activities can be considered laundered. An indictment of money laundering typically leads to an indictment of other criminal charges.

Racketeering, also known as RICO after the Racketeer Influenced and Corrupt Organizations Act, refers to a pattern of criminal offenses made by a group with a common purpose or any criminal course of conduct made by individuals who make up an enterprise.

Money laundering refers to the transfer or investment of illegally obtained funds in an attempt to mask the source of those funds and make them appear legitimate. Funds which were obtained through drug or weapons trafficking, human trafficking, wire fraud, theft, or other criminal activities can be considered laundered. An indictment of money laundering typically leads to an indictment of other criminal charges.


Call now at (855) 529-7761 for a free consultation with a Los Angeles criminal defense attorney. We are ready to defend you both inside and outside the courtroom. Early intervention is the key to our mutual success.

Request for a free consultation now from our team of Los Angeles federal criminal defense lawyers.

◾ Sexual Assault Defense Attorney Near Me

Lawyer Tennen began her career as a Senior Law Clerk for one of the toughest District Attorney’s offices in the country where she gained remarkable experience in juvenile crimes, elder abuse, parole hearings, child abuse, sex and other serious crimes. Her experience at the District Attorney’s Office armed her knowledge and case strategy in exploiting the other side’s weaknesses for the client’s advantage and building a rock solid defense. Criminal attorney Tennen’s experience on both sides and brilliant maneuvering throughout is evidenced in her winning track record. In fact, even before earning her law degree, she was instrumental in getting excellent results on several federal criminal cases outshining her peers.

A consummate strategist and top criminal attorney, lawyer Tennen works tirelessly on many high profile criminal cases. She is known as a relentless fighter who never gives up on any case. Whether the case is hers or handled by another criminal defense lawyer from LibertyBell Law Group, no matter how small the case may seem she asserts that every client deserves the right to the best legal representation.