Did you know? The National Sex Offender Public Website (NSOPS) lets people search for convicted offenders in every state, territory, and tribal area. That means that if you are a registered sex offender, your name will and address will appear on that list.

What is a Sex Offender Registry?

This registry is a list of all convicted sex offenders in a state. People can search through the entire country. Sex offender registries will typically include the offender’s

All US states require individuals who have been convicted of certain sex crimes to register. Those convicted of violent crimes are required to remain registered for a longer period and to update their address more frequently.

State Registrants must periodically appear in person to local law enforcement for the purposes of collecting their personal information, such as photographs, fingerprints, name, scars, tattoos, living address, place of employment and vehicle information.

The Sex Offender Registration and Notification Act (SORNA) sets the national standards for sex offender registration and notification throughout the entire US. SORNA’s requirements are a baseline for all states, encouraging them to meet these standards. State governments can also go beyond SORNA and create additional requirements of their own.

What If An Offender Doesn’t Register?

If you are convicted of a sexual crime and do not register, you are committing yet another federal crime. Failure to register as a sex offender means that you are committing a federal offense. This includes all offenders updating their address when they move, and other information depending on your requirements. In the event that an unregistered offender is convicted of another violent federal crime, they can expect another 30 years to be added to their sentence.

Many offenders simply fail to register because they don’t know how. While you will receive detailed instructions, it’s important to retain the help of a sex crime defense attorney who can help you register.

What Crimes May Result in Registering as a Sex Offender?

Depending on the jurisdiction, offenses requiring registration range in severity. Public urination, sexual activities in public places, and violent predatory sexual offenses all result in registering as a sex offender. It’s important to remember that the system isn’t perfect, but those involved in more serious crimes will have more serious consequences.

In some states, non-sexual offenses may also require sex offender registration. An example of this is unlawful imprisonment.

States will set their own sets of criteria dictating which offenders should be made visible to the public. Some states will evaluate the future risk of the offender and hide low-risk offenders from the public. In others, offenders are categorized according to the tier level related to the statute of conviction.

Here is a list of offenses that will result in registering as a sex offender:

If you are convicted of rape in any state, you will be required to register as a sex offender and will require a rape defense attorney. Most states also enforce the law when it comes to juveniles, and adults found guilty of statutory rape to register as sex offenders.

Child molestation, sexual assault, or child kidnapping are all crimes which will require sex offender registration. In some cases, you will also spend life in prison, depending on the severity of the crime.

Consensual sexual acts, such as sodomy and incest, may also require sex offender registration, depending on the state’s laws.

Indecent exposure can include public urination and require offenders to register.

Each state’s sex offender registry is different. If you have been charged with a sex crime, you will most likely have to register as a sex offender. Your criminal defense attorney will be able to help you sort out which crimes require registration.

How Long Are Offenders on the Registry?

The duration of the registry will vary, but will typically require a minimum of ten years. However, there are many cases in which offenders are on the list for life. It will all depend on the state legislation and risk category. Some states exclude low tier offenders from public registries, while other states publically list all offenders.

Some states also offer the possibility to petition to be removed from the registry. If you believe that you should be removed from the sex offender registry, you should contact an experienced sex offender attorney as soon as possible. Being on the registry can affect your entire life, from job security to buying or renting a house, especially if that house is located in a neighborhood with a school. Retaining an LA sex crime defense attorney is absolutely critical.

When to Call a Lawyer

If you or someone you know has been accused of a sex crime of any kind, you should call a lawyer immediately. For those with more violent crimes accusations, you’ll require the strategic approach of a rape defense lawyer who can protect your rights and keep the consequences to a minimum. Remember, that sex crimes cases can result in much more than registering as a sex offender. Consequences include prison sentences, probation, and more.

If you are already on the sex offender registry and believe that you should not be, or have lived with the consequences for years and need help figuring out your options, you should contact a lawyer today.

The experienced criminal defense attorneys at LibertyBell help to protect the rights of their clients. We know the damaging effects that a criminal record might have and want to help you prevent, reduce, or eliminate charges. Read more about sex crimes criminal defense. 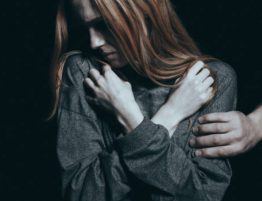 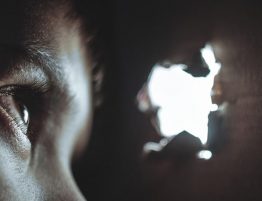